Available on Amazon Kindle and Paper back. 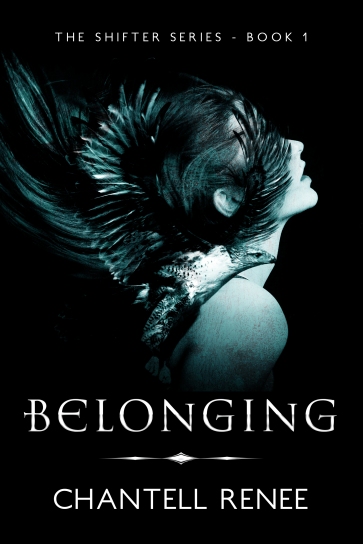 Belonging is the first of three books in The Shifter Series by Chantell Renee. Cover art by Elizabeth Mackey.

Consumed is the second of three books in The Shifter Series by Chantell Renee. Cover art by Elizabeth Mackey. 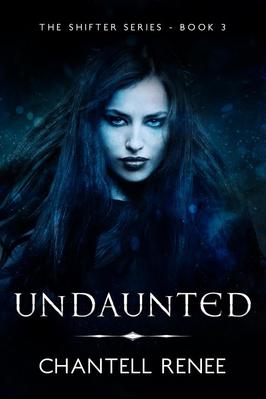 Undaunted – The final book of The Shifter Series, by Chantell Renee. Cover art by Elizabeth Mackey.

Book 1 of The Shifter Series – Belonging

“Vivian Dacian is a runaway orphan who’s lived from one small Texas town to the next, changing her identity at every new stop. On her eighteenth birthday, her path crosses a mysterious stranger. His very presence causes a chain reaction within her body, changing her forever. Chaos ensues and sends her blindly running into a volatile situation. The newly awakened part of her saves her life that night. In this first installment of the Shifter Series, Vivian considers the possibility of love, family and destiny. On the verge of submitting to this new life, Vivian desperately tries to understand why her parents alienated her from the family. But not everyone is convinced she belongs. Vivian finds herself dodging attempts on her life and invasions of her mind by the most powerful Shifter alive, Juda’s father.”

Book 2 of The Shifter Series – Consumed

“Vivian is struggling with what it means to wield magic. Her mixed blood isn’t the only thing that amps up her magical connection: her destiny is also starting to reveal itself in this second installment of the Shifter Series. To fulfill her destiny, she and Jared, the younger brother of her almost-ex, must find her father. The only lead they have is through the less-than-friendly Northern Shifters. In following the lead, Vivian and Jared risk their lives to save another, but Vivian’s family secrets are far from being exposed. On top of all this, the Great Council has sent a hunter to execute Vivian and anyone who gets in the way.”

Book 3 of The Shifter Series – Undaunted

“In this exciting conclusion of the Shifter Series, we discover the fates of our lead characters. Will they be the lives they want, or deserve? This time they are in an entirely new world of magic and creatures. But the stakes have doubled, with a price on both Vivian and her sister’s Celeste’s head. In getting to know her magic, will Vivian be able to accept her role in the lives of those who surround her? Submerse yourself in this rich world of characters and their unrelenting spirit to never surrender, but to prevail and build a better world for themselves and their kind. The tapestry of this world is woven to a close, but the threads left leave us with a promise for more to come in this magical universe.” 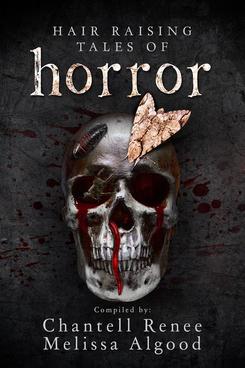 “Twenty-one stories of horror, written by seven authors. These stories include tales about ghosts, monsters that eat flesh, murderous hair dressers and much, much more! And if you love revenge and maybe a little fan-fiction, you can find both. A little bit of everything. Not for the faint of heart!”

Available for purchase and sneak preview on Amazon.

A fantasy anthology from the Houston Writers’ Guild: Tides of Impossibility 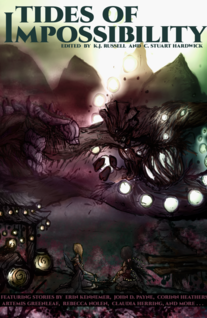 “The Houston Writers Guild presents sixteen short stories: fables, swords, sorcery, and urban fantasy. These bold visions of the impossible will take you to worlds both very distant and closer than you’ll believe.”

“Eclectically Carnal is a collection of short stories of mixed genres with steamy romance scenes. From a 1950s love story to a post-apocalyptic tale of survival, the anthology has hot and yummy fun for mature audiences. The stories in this volume of our Eclectic Writings Series all contain steamy love scenes or other sensuous content. It is definitely intended for a mature audience!”

In the Questions – Poetry by and about Strong Women 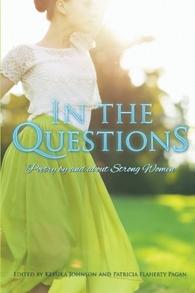 “Living in the questions is liberating, challenging, surprising, and at turns, painful and beautiful. Explore these poems and step into the questions with us.” 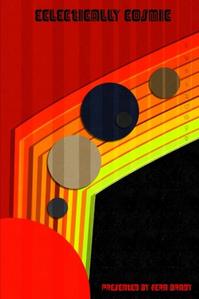 “Eclectically Cosmic is the fourth installment of the Eclectic Writings Series. This unique collection represents the Cosmic theme well beyond the run-of-the-mill scifi/space concepts, though we have some great space stories within. These tales connect to the conceptualization of fate and cosmic destiny. A wonderful mix of genres, this compilation brings back the talents of many!Enjoy these tales of all things Cosmic — after all, it is fated to be in your library.”